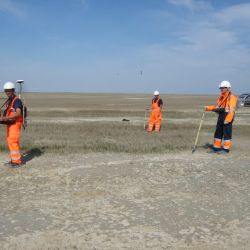 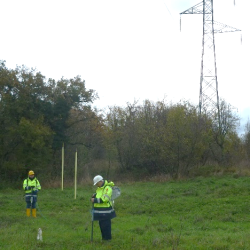 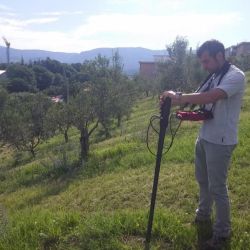 CESCOR performs cathodic protection inspections and coatings integrity assessments for buried pipelines applying the following techniques: The choice of one or more techniques is based on the conditions of the pipeline and the applications of the client. The research service for the pipeline and the issue of a burial depth profile can also be performed. The techniques are applied in accordance with CESCOR company procedures and by CESCOR certified experts, using controlled instrumentation set according to the internal instructions contained in our Quality System. The measures are therefore elaborated through an internally developed software released by CESCOR. CESCOR regularly carries out these surveys under various environmental conditions and in any context, be it urban, rural, desert, etc. 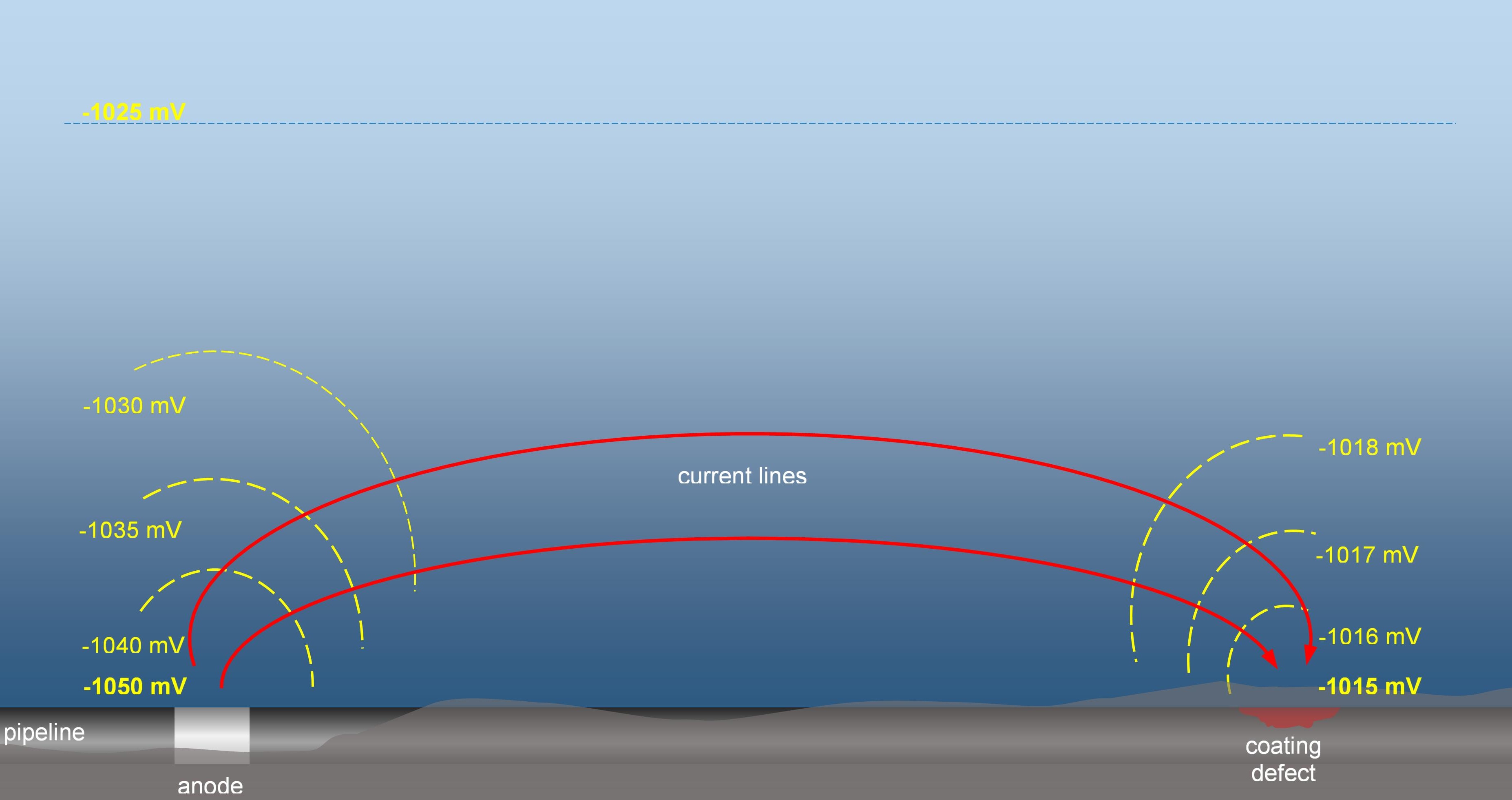 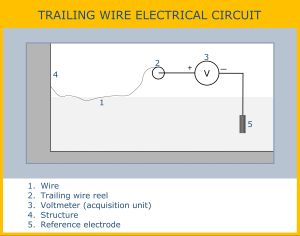 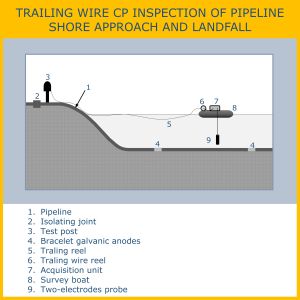 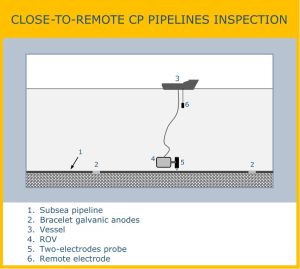 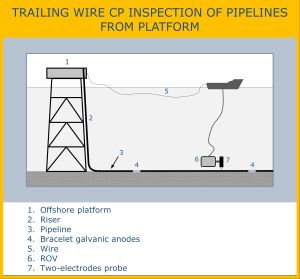 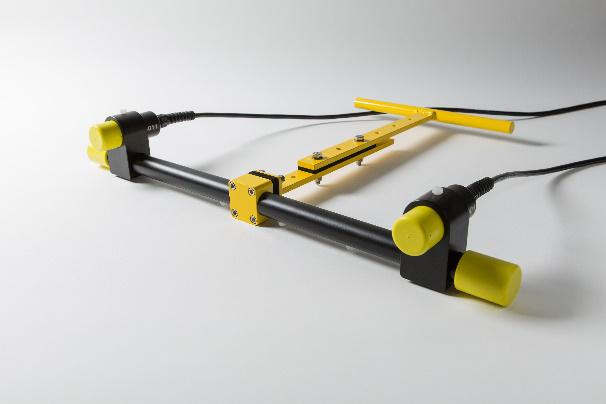 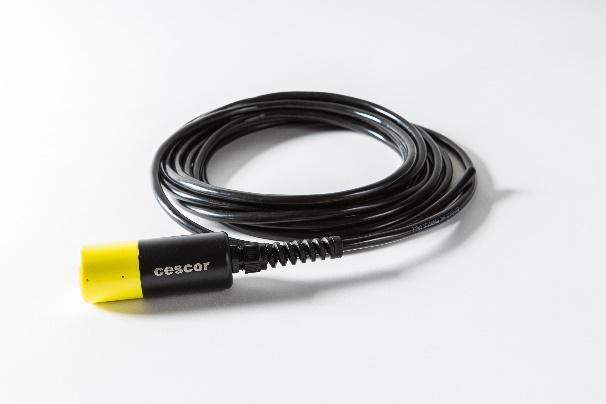 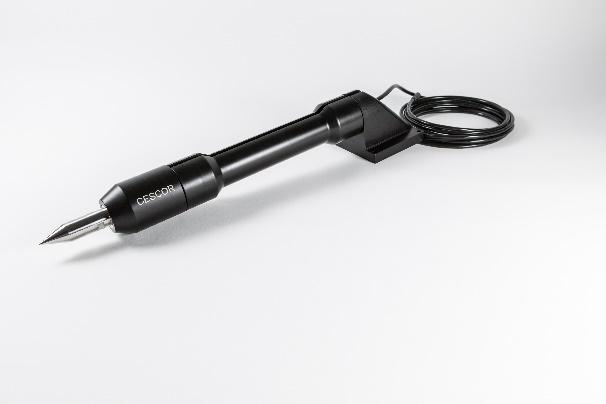 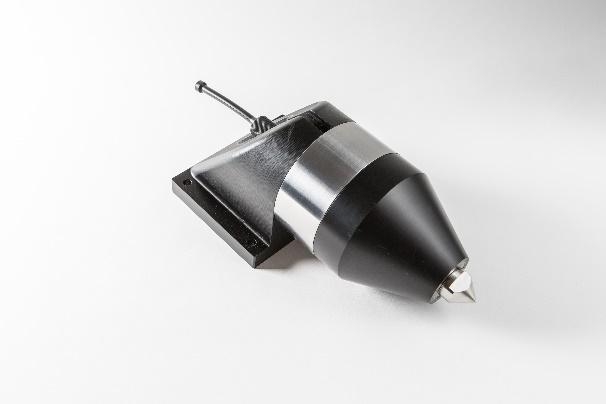 Cescor supplies the instrumentation to be applied on the ROVs / AUV or manoeuvrable by divers and qualified personnel employed in charge of the data acquisition on the survey vessels. With the close-to-remote potential technique, the presence of an electric field is exploited between anodes and defects in the pipe coating (see Figure 1), and the potential profile is reconstructed through contact and gradient measurements between two electrodes, one in the pipeline proximity and a second in a remote position. The inspection is carried out with the aid of a ROV or an AUV, on which two probes and the electronics and a support vessel from which the measurements are managed (Figure 2).

The technique of the gradient profile measures the potential difference between two electrodes both near the pipe and allows to locate the possible defects in the coating as well as the peaks in correspondence of the anodes. the designate method of the trailing wires involves a series of applications that have in common the realization of a direct contact to the structure through an electric cable through which potential profiles or measurements are performed opportunely positioning the reference electrode (Figure 3). In the case of pipelines, the profiles can be carried out even with a single contact to the structure, for stretches of many kilometres.

The measurements are carried out with sensors and devices developed by CESCOR (Figure 4), some of which patented. The management of acquisition processes and the following elaboration of data is also submitted to a series of proprietary software developed as well by CESCOR. The interpretation of data makes also use of the FEM Modeling. 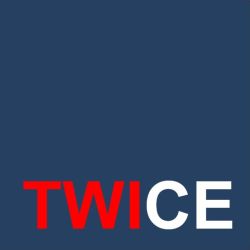 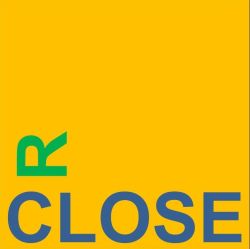 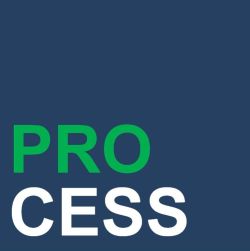 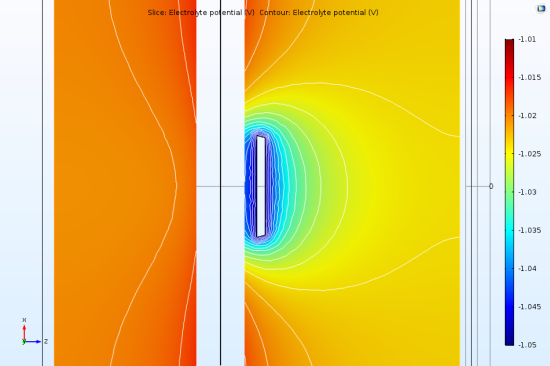 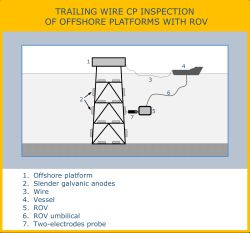 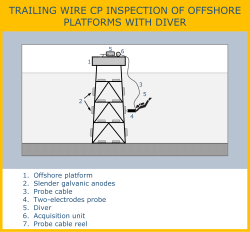 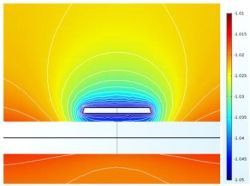 Cathodic protection inspections for offshore and near shore structures

CESCOR performs cathodic protection inspections and integrity assessment for offshore structures like oil platforms or support structures for wind turbines. The techniques are both the one of contact potential measurement, with sensors installed on ROV (Figure) or handled by divers, and that of the gradient, for the measurement of current density absorbed by the structure (cathode) or disbursed by the anodes. The gradient measurements acquired in proximity of the anodes are elaborated through reconstruction of the electric field for the calculation of the current issued by the anode (Figure) 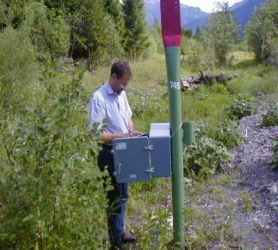 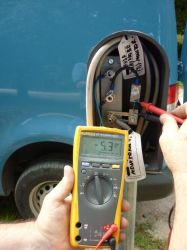 CESCOR performs surveys, both onshore and offshore, for cathodic protection on various demands. Some emblematic activities are: As for all the on-field services, new and improved techniques are applied on the basis of the intervention objectives, always following instructions and standardized procedures. The available instrumentation includes: 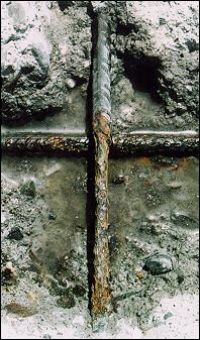 CESCOR performs inspection on reinforced concrete structures for the assessment of the corrosion state on armours. The applied techniques are: The various techniques, preferably in combination between them, are applied for the inspections of different kind of infrastructure, as these: 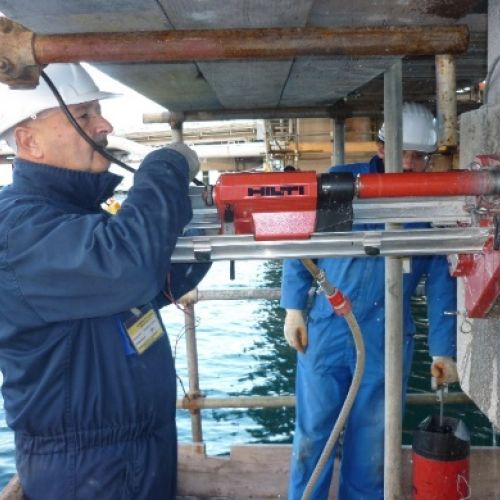 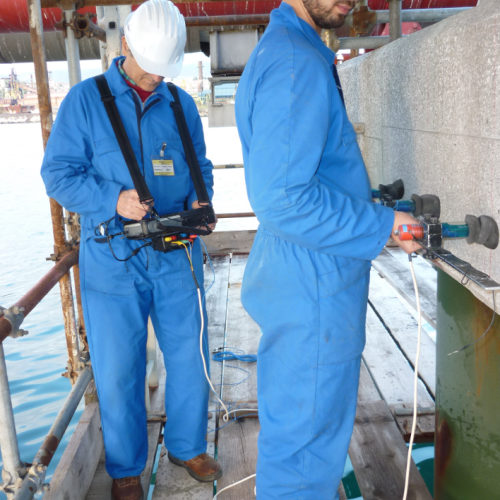 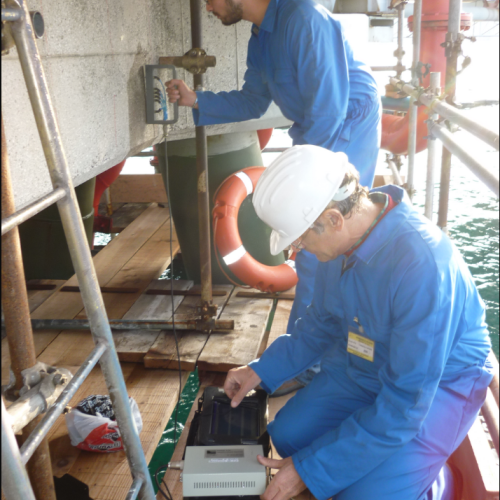 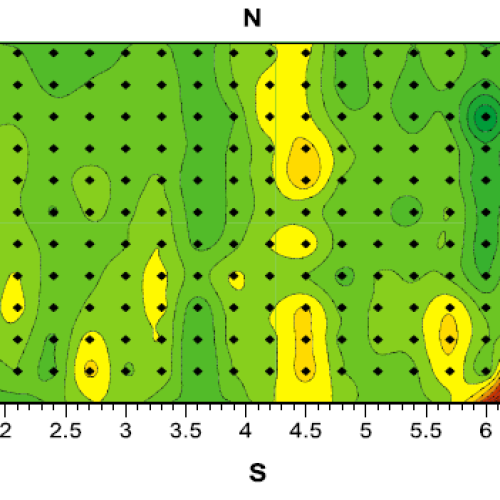 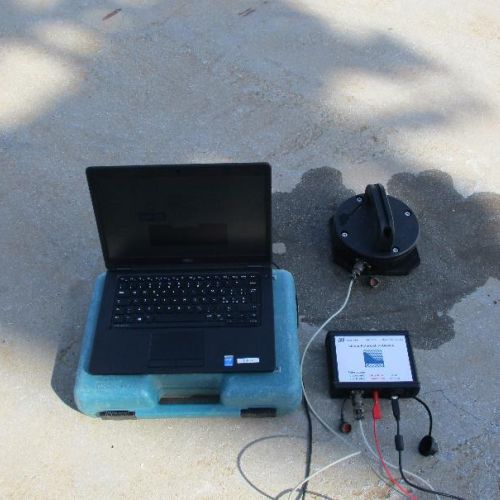 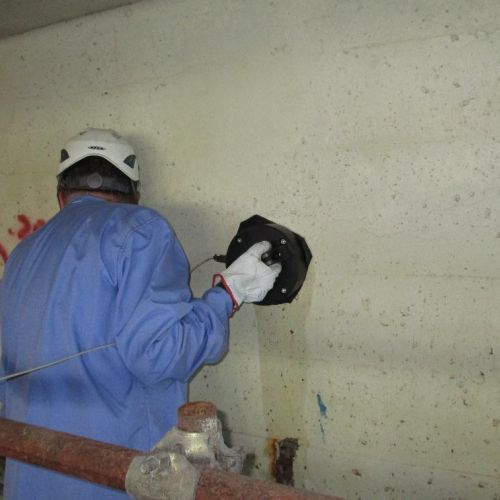 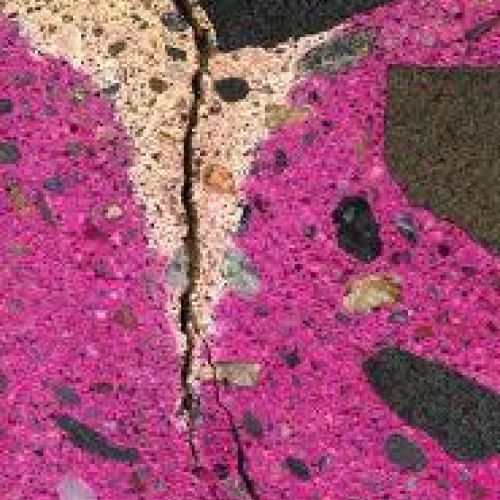 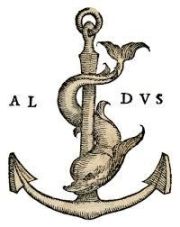 Festina lente was adopted by Cescor to express its vision for offshore integrity activities: firmly based on sound knowledge – the anchor, but moving fast, like the dolphin, where the Client needs are.

Festina lente is a classical motto and oxymoron meaning ‘hasten slowly’ and illustrated by different pairings, especially the dolphin and the anchor adopted as logo by venetian humanist and publisher Aldus Manutius (1449-1515).

The integrity of industrial and civil structures has to be maintained throughout their design life. Corrosion represents the main threat to integrity and durability. Our commitment is to provide our Customers with state-of-the-art engineering expertise in the fields of materials, corrosion and corrosion mitigation. This would contribute to ensure integrity and durability of assets as well as to improve safety, environment preservation and energy saving.